My siblings and I are the fourth generation of a man named Kiptuei. He was married to 5 wives, one of them being Tapteger, my great grandmother and the woman I am named after. The great Tapteger and Kiptuei had 5 children. 4 boys Kiptulmat (Kap Councillor Maritim amd others), Kipsisei (Kap Kebenei and others), Chumbin (Kap Arap Kemei and others) and Chebochok (Kap Noah Nyalilei and others) and one girl, the great Tamutiale. (The bracketed names are examples within those lineages known to me). One reason why Tapteger was great was because she was a radical. She fought norms that did not auger well with her. She was a mother of twins. And, calculating backwards, she was a mother in the middle or early 1850s. In those days, birthing twins led to excommunication or killing of the twins. She preferred excommunication. So her twins survived. She was not excommunicated either. Fortunately, one of the twins, Kipsisei, was my grandfather. Kipsisei was married to two wives, Tapunei and Chepkirong’ – the third great woman in this generation, my grandmother. Of Tapunei and Kipsisei were born Arap Simotwo, Arap Lelei, Kipkeny, Bot Seurei, Tapchumo, Kiplimo, Kirwa, Tuiya, and others I may not know as of now. Of Kipsisei and Chepkirong’, my grandmother was born my father- John Kipkoiya, his two brothers, Kimulwa and Chegugu, and three sisters – Chepkemei also known as Tapiotin and nicknamed sweet 16, Taprandich, and Chepkoskei also known as Bot Nyongio. From my grandmother’s children, all but one -Bot Nyongio- are deceased.

Tapteger was a great woman. Further to fighting for her twins, she was also considered wise. My grandmother respected her. She used to say she was a tough woman who many respected. There is a high regard vested upon aunties in the Kalenjin community. Hence the great Tamutialei the great Aunt (Senge) of the family. She was the only senge to my dad and his siblings. Other than that, she grew up in an all boy set up in a very patriarchal community. That should probably be attributed to the great mother she had. My grandmother was a great woman. A disciplinarian. Neat. Great cook. A mentor to women of her generation. A great daughter in law to Tapteger. She told me a lot about their relationship. A woman of great moral values and she loved her children and wanted her daughters close by. She loved telling stories of old. My aunties are revolutionary. I was fortunate to interact with all of them. They had principles. They commanded respect. They had high values. They spoke their minds. They instructed with precision. They were independent. They were tough. I still have one surviving aunt. She is still a tough woman. They were not perfect, far from it, these are qualities that made others raise eyebrows. There is a saying that goes, Kwes tibik ab kap chebwai, translated to, the daughters of Chebwai family are tough, strong, no nonsense who do not stomach oppression. On the other hand it is said, Tala murenik, translated to the men are docile, or they lie low. I shall not approve or disapprove the statements. I hope the character of both the men and women speak for us. However, tala is not a word I would use to describe my father, or his brothers, or my brothers. Rumour has it though that Kipsisei (which means the quiet one), my grandfather, was a quiet man.

My mother, who is the source of this information did not meet my grandfather, neither did she meet my great grandfather or any of the men named herein except my father’s brothers. The only vague thing I remember my father mentioning about Kipsisei was that at some point he was ailing and he took care of him. He would take him from one medicine man to another in search of the right treatment. He also mentioned he was quiet, kept to himself a lot and only spoke to give instructions to the children. He was not a disciplinarian. My grandmother was. I barely interacted with my uncles so I cannot say much about them either. The only man I can speak of in this is my father, who I will say much in subsequent posts.

Why are roots important?

There are many things that run down generations. Some physical, some psychological, some spiritual, some evil. And according to Bishop Dale Bronner, we owe it to ourselves and the next generation to be the curse breakers and/or course correctors. The author of Healing the Family tree Dr. Kenneth McCall, a psychiatric doctor and priest spent the better part of his life offering specific masses for healing and setting free of persons long dead who he believed needed forgiveness so that they could rest in peace and their cry to be set free was manifested in mental illnesses.

Heritage is a lot to do with nature and nurture.

Nature is the physicality. The genetics, the looks, the blood type, the hair, medical preconditions, talents, craftsmanship among others. Another physicality aspect is medical conditions. Among the many questions gynecologists will ask during the first visit of pregnancy is history of blood pressure, diabetes, asthma, and twins. I inherited my white hair (or silver hair) from my grandmother and my father. I have known these two to have white hair for as long as I have known them, which is the entire time we were blessed to know each other. I inherited soft hair from my mother (whose roots she is yet to tell me-I would want to know). My father was asthmatic. I have learnt that that is something that comes in threes – Asthma, Allergies and Eczema. While my allergies are subtle, my children inherited all of them, fortunately not in one child. First born had severe eczema, the kind that make you weep when you are bathing them, the second born is on asthma management and the third gets severe chest congestion when he borrows common cold from the pre schooling siblings. His diaper allergy reaction when he was little is the most severe I had ever seen. He had a red bum for almost a month.

Nurture on the other hand is the acquired traits from the environment we grow up in. I have learnt this can be passed on from the womb (prenatal). The bigger part of nurture is within the first seven years of growth. We bring up our children by the same standards we were brought up in, and they brought us up by the standards they were brought up in and the chain goes on. Consciously, with awareness and growth, we drop that which no longer serve us and propagate that which is serving us. For example, FGM and removal of the two lower teeth was present until the generation before mine. I remember my grandmother mentioned to me when I was around 10 or thereabouts that it was about time for my circumcision and teeth removal. My parents of course would not hear of it. And I was the youngest, so if it was to be effected, they had to start with my elder sisters (My logic). I probably borrowed a lot of my unwavering spirit from the great women gone before me and my mother. At least my prolife spirit has some roots now. My father could make anything with timber. He was a great carpenter. My brother could make things since he was as young as 7. He could reproduce miniatures of anything he saw, from electric connection grids, to cars to buildings. My father also loved trees. All the time I got to know him he was planting trees. I sometimes used to joke that he should have met the late Wangare Maathai. I dream of owning a forest. Large tracks of land with lots of trees. There are however traumatic experiences and family dysfunctions that lead to adult behavioral struggles. The most adverse effects are manifested by adults who grew up in an abusive set up (verbal, sexual, emotional, psychological), being brought up by parents who are abusers of alcohol and drugs, or emotionally and physically absent parenting. My father grew up in a set up where physical connection with children was forbidden. Breastfeeding was done while the mother held a stick to her head and a caregiver held the child to her breast. I remember the first hug I got from my dad. I had just gotten my high school results. He never connected emotionally with my grandmother. He tried later on to connect with us. One of my uncles had a bad temper. I can say my dad too had one. They could throw things across the room at the object of their displeasure, man or animal. Woe unto the target if that target was hit. A small animal wouldn’t have survived. For a child, we observe this and internalize it as normal and okay. When you get angry, you hit things or people. And when you grow up, its the most normal reaction to you. You did not connect as a child, so you do not know how to connect as an adult. You were abused as a child, so your normal relationship is that which is abusive. Or you become the abuser. Or the opposite, the victim. There are many psychology books and psychological theories to explain all these.

I have however learnt that, with a lot of investment on self awareness and growth, we can all outgrow our past traumas. We may not run away from nature. But we can become better than who we grew up as. We can transcend nurture. Accidents are just that – accidents. Our parents, grandparents, great grandparents, they were who they were, and through their nurturing we became. Our accidents sustain us to where we are, where we become aware that some things need to change, then we arrive at the decision to change, then we actualize the change. And of course, surrender to God everything else we cannot control. We can only do our best and let God do the rest. When we purpose to become better, we can start changing not only our generations but also the generations that come after us for the better. 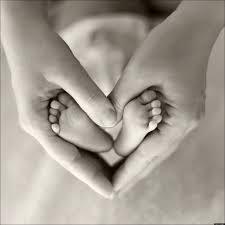